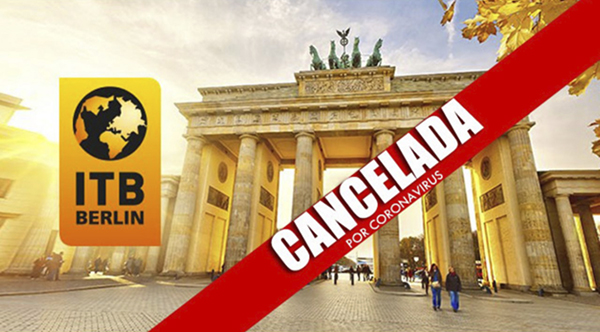 Events organizations, due to the worldwide expansion of COVID-19 have been forced to cancel or postpone international fairs in all sectors. This situation has created a lot of confusion and financial losses to all agents involved, but the priority was the health of all participants and exhibitors.

National authorities decided to forbid all Events with more of 1.000 people, in order to prevent the spread of coronavirus.

The first hit came to Spain when the organisers of Mobile World Congress decided to cancel the congress after the wave of cancellations and casualties from large technological companies and operators due to concerns about the spread of COVID-19.

It supposes “a threat for the security of the citizens”, according to John Hoffman’s declarations, Director Manager of the organization.

The world’s largest tourist fair has also been victim of coronavirus. ITB Berlin, which was to be held from March 4th to March 8th in German capital city, was finally cancelled due to the health emergency and after the cancellation of some companies. A+J were working in assembly period in Berlin fair when the cancellation was notified.

Although for weeks all organisers wanted to keep the celebrations according to planning, finally most of Exhibitions have cancelled for fear of the spread.

International Trade Fair for Wines and Spirits ProWein, which took place in Düsseldorf, Germany, from March 15th to March 17th, has also been cancelled few days before its start, and have been joined by multitude of scheduled Events and fairs, which were cancelled in the previous Weeks to its start. More than 100 fairs have been cancelled only in Europe.

In America, the situation is very similar. A+J, as official assembly Company of Pabexpo Fairground and collaborator of Fira Cuba has also been affected by the cancellations of sector fairs that were scheduled to take place during spring 2020 in Havana (Cuba). “Informática”, which was scheduled to take place from 16th to 20th March, was cancelled few days before its start, and “Fecons”, which was scheduled from 21th to 24th April, will also not take place.

Uncertainty for the rest  of fairs and Events that follow these, due to since today it is very difficult to predict how the situation will be develop, many of the next Events scheduled in May and June are waiting to decide if they are delayed or cancelled while COVID-19 continues hitting the World economy.

All A+J team hope that the situation will become as normal as soon as possible, and we appeal to social conscience and responsibility.

All together we will achieve it.